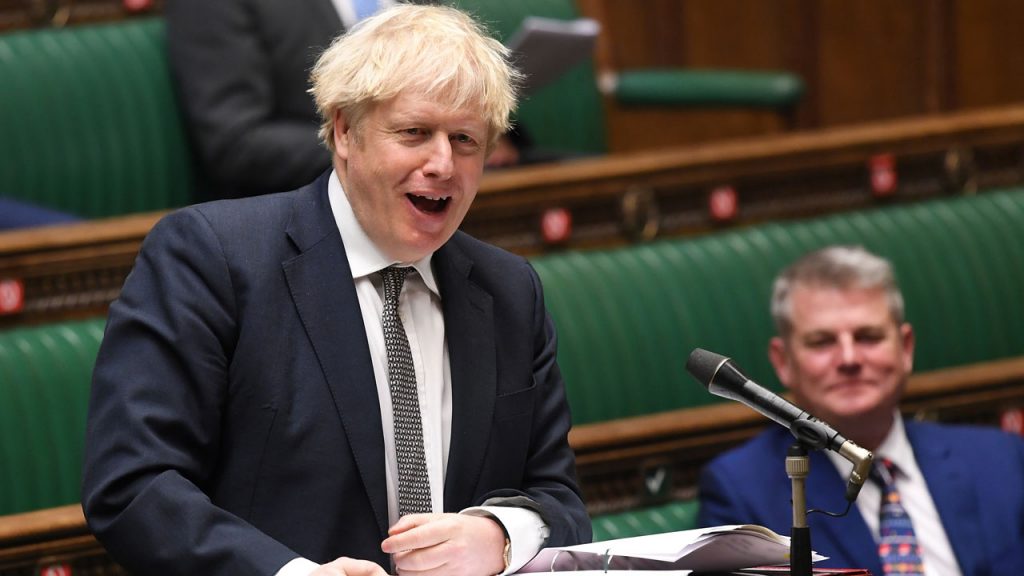 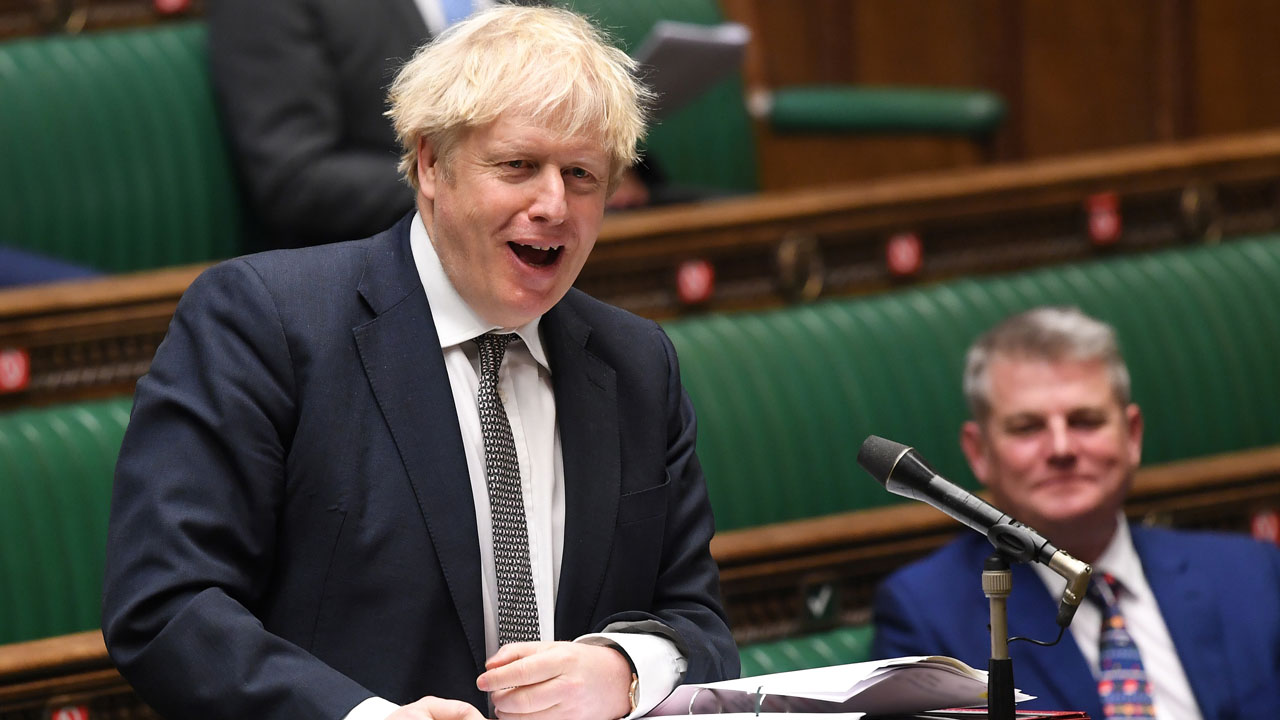 A handout photograph released by the UK Parliament shows Britain’s Prime Minister Boris Johnson attending Prime Minister’s Questions (PMQs), in a socially distanced and hybrid session of the House of Commons, in central London on December 16, 2020. – British Prime Minister Boris Johnson on Wednesday resisted calls to tighten coronavirus restrictions over Christmas, as London faced stricter measures and concern grew about rising case numbers. The government has been under mounting pressure to toughen proposals allowing up to three households to meet indoors during a five-day festive window from December 23, as European neighbours curb their easing plans amid surging infections. (Photo by JESSICA TAYLOR / UK PARLIAMENT / AFP) /

Britain on Thursday sounded a more pessimistic note over the outcome of last-ditch Brexit trade talks with the European Union, saying a “no-deal” scenario was still on the cards.

Prime Minister Boris Johnson’s spokesman said negotiators from both sides were working to “bridge the gaps that remain”, as the EU indicated a deal was “difficult but possible” by Friday.

Britain formally left the EU at the end of January but is bound by most of its rules until December 31 as the two sides try to agree on the terms of their future trading relationship.

However, talks have been gridlocked for months over several key issues, with London and Brussels appearing dug in over their respective stances.

He also appeared to rule out continuing the negotiations early next year, when Britain would be grappling with a so-called no-deal scenario, as some have speculated could occur.

“That would be it — we would have left on WTO terms,” Gove told a parliamentary committee scrutinising Brexit preparations.

“It’s still the case, of course, that there would be contact between the UK and European nations and politicians, as one would expect.

“But what we would not be doing is attempting to negotiate a new deal, no.”