UN rights chief ‘really hopeful’ for US rights under Biden 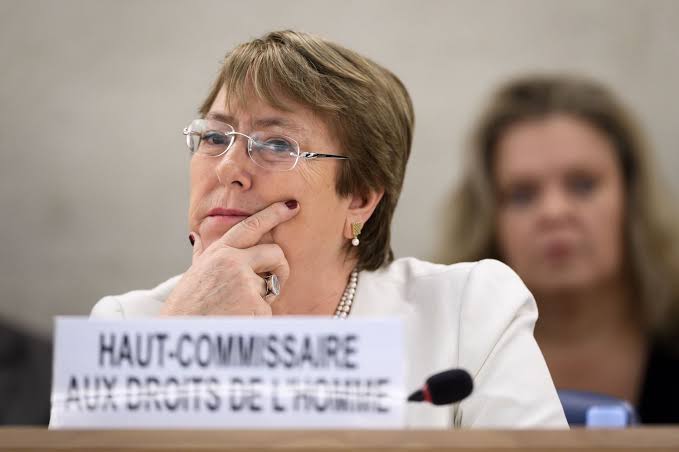 The UN human rights chief on Wednesday voiced hope that the arrival of a new US president next month would help boost the rights situation in the country and around the world.

In her annual year-end press conference in Geneva, Michelle Bachelet told reporters she was very encouraged by “a series of promising pledges” made by President-elect Joe Biden.

She pointed to his defence of the immigrant rights programme DACA, vows to increase the number of refugee resettlements, end family separations, support sexual and reproductive health rights, focus on ending systemic racism and ban torture.

“I welcome all those pledges,” she said.

“For human rights I think it will be much better. I am really hopeful on that.”

The UN High Commissioner for Human Rights also highlighted Biden’s promises on the world stage, including a halt to the US withdrawal from the World Health Organization and returning Washington to the Paris climate accords.

She insisted that if implemented, the pledges “will have a positive impact on human rights in the US and globally.”

“I am looking forward to renewed engagement by the US with multilateral organisations,” she added.

READ MORE:  As he calls for 'Made in America,' Biden prefers Swiss-made Rolex

Bachelet said she had yet to speak with Biden since his election but knew him well from when he served as vice president and she was president of Chile.

She voiced hope that Biden “could also reverse policies carried out during the Trump administration, which have led to serious setbacks of human rights, including the rights of women, LGBTI persons, migrants and journalists.”

At the same time, Bachelet said she was deeply worried about a spate of federal executions scheduled by Trump during his final weeks in office.

The UN human rights office “regrets that between December 10 and January 15, five people, including women, are scheduled to be executed at the federal level,” she said.

“We call for a prompt review of all federal death row cases to avoid arbitrary or discriminatory application of the death penalty.”

I Did Not Abscond: Ebonyi State UBEB Chairman Cries Out

Norway advises against all foreign travel amid virus...