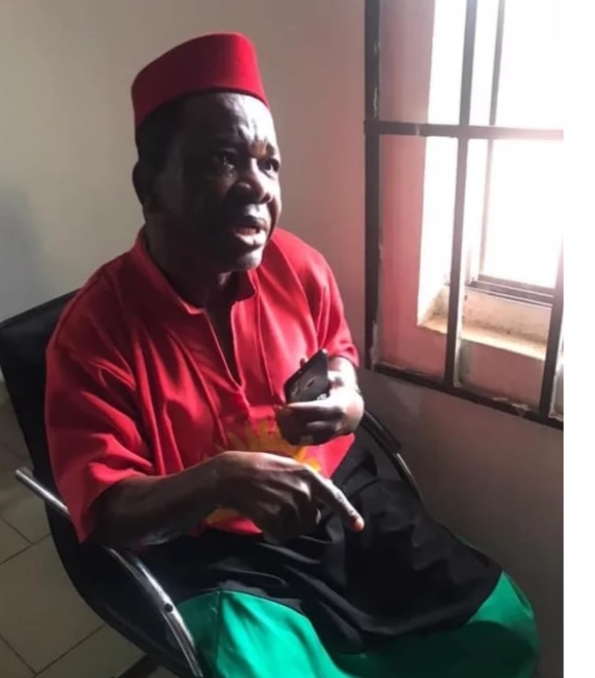 The Ohanaeze Youth Council, OYC- the apex youth organization in Igboland says the recent unlawful arrest of the Nollywood Star, Chief Chinwetalu Agu is a glaring proof of the the ploy by Nigerian Army to intimidate, harass and eliminate one million Igbos.

The Council, in their embittered state regretted that the collusion by the Nigeria Government to exterminate the Igbo through the recent unveiled “Operation Golden Dawn”, a perceived plot to kill over one million Igbos.

The Council made this revelation through its National President, Comrade Igboayaka O. Igboayaka, today Friday, October 8, 2021 during the emergency security meeting held in Owerri.

Comrd. Igboayaka recalled that during the council press briefing in Enugu on Wednesday expressed lack of trust that the deployment of Nigeria Army in Southeast will lead to death of millions of Igbo youths.

The Council noted that after watching the viral video clip of Chief Chinwetalu Agu expressed shock and confirmation of “Operation Golden Dawn” by Nigeria Military is another 1966 pogrom in disguises.

“Chinwetalu Agu human fundamental right was violated with impunity, and such have raised provocation to over one hundred million Igbos around the globe.

The Council, therefore, demanded for the immediate release of Chief Chinwetalu Agu to give peace chance, as well as an unreserved apology from the Nigeria Army.

“The Council has lost trust and confidence in Nigeria Army to bring peace in Southeast, and the service of Nigeria Military in “Operation Golden Dawn” will be characterized with Zero patriotism, and with how Chief Chinwetalu Agu was treated in the viral video, if the operation lasts for three months as planned by the Military, over one million Igbos maybe slaughtered”, Council lamented.

The youths’ president Comrade Igboayaka advised the Nigerian government, Southeast Governors, traditional rulers and religious leader to “rise now and demand for immediate redeployment of Nigeria Army back to their various barracks otherwise get ready to ready to endanger one million Igbos to death”

Speaking further, he wailed that, “with the evidence of over 200 corpse still lying in Federal Medical Mortuary as a result deployment of Military and other security agents in Imo State, Southeast should make ‘the hay while the sun still shines’, he advised, while describing the said “Operation Golden Dawn” a “Greek Gift”.

“What happened to Chinwetalu Agu is the normal intimidation, harassment, abuse of fundamental human right Ndigbo has been facing since 51 years of the end of Nigeria-Biafra civil war, security agents of Nigeria looks for every slight opportunity to intimidate,harass and kill Ndigbo.

“Nigeria army are not coming to the Southeast to make peace, their presence will escalate the security challenges and will be a threat to civil society, they are not coming to arrest criminals or armed gang, but their unprofessionalism will lead them to engage in killing innocent Igbo people”, Igboayaka warned.