Nwafor, who is the Coordinator of Ezza North East Development Centre, allegedly shot Nwode and his girlfriend at Oriuzor Community, in the Ezza North Local Government Area of Ebonyi State. 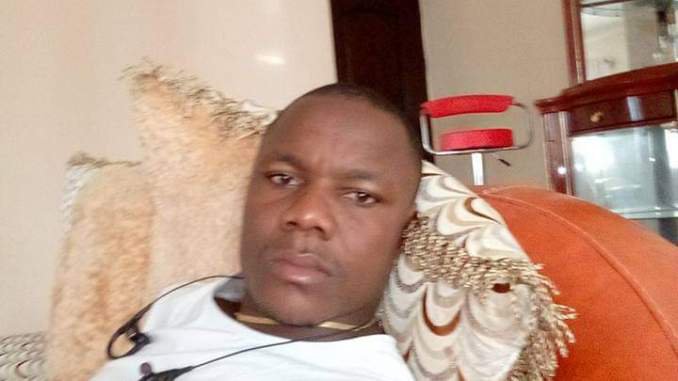 Both Nwode and  his girlfriend, FamousReporters gathered, hail from Umuezeoka Community in the Ezza North Council area of the state.

A reliable source, who spoke to our Correspondent, on condition of anonymity, said trouble started when Nwode arrived at Oriuzor, where a serving Councilor from Ezza North was hosting thanksgiving and the people were shouting APC!, APC !! and he quickly said that he is not of APC but of the PDP.

On saying that, the Coordinator shunned him to behave himself or he be killed.

The source said, “The fight is supposed to be between PDP and APC. The deceased got to the venue of the event while they where shouting APC! APC!! He said he is not of APC but of PDP. As he made the comment, the Coordinator of Ezza North East Development Centre shuned him not to say nonsense or they kill him. As the coordinator said that, the deceased asked why he should be threatened that way and asked if he doesn’t have the right to express himself.

“From that moment, serious argument broke out that the Council Chairman of Ezza North, Mrs Nora Alor, called the deceased for a talk, and after that they took pictures together.

“After about 10 minutes, the deceased left with the girl friend. While leaving the venue of the event he was ambushed by the Coordinator, Ikechukwu Nwafor, who shot him at a close range on the head. It was a bullet from the deceased head that killed the girlfriend he was carrying on his motorcycle.

“He went for a thanksgiving service of one of the councillors of the local government at Oriuzor, Ezza North.

“You know that two confraternity Baggers and Ayees have been having issues in the state. While Ikechukwu belongs to Baggers, the deceased belongs to Ayees. But the State Government had taken measures few days back to make peace for the people, now another killing has taken place from a government official.

“The deceased is from Umuezeoka in Ezza North. His name is Shedrak Chinedu Nwode also known as Mgbamgba, was planning to get married.”

Efforts to reach the Coordinator, Nwafor, the alleged killer of Nwode proved abortive as at the time of filing this report. It was said that he had been arrested and handed over to the police.

When contacted, the Ebonyi State Police Public Relations Officer, DSP Loveth Odah, said the command was yet to receive formal complaint on the matter.

“I’m not sure the command has gotten such complaint. Let me check my records and I will get back to you,” Odah added..

Biden calls on US Congress to pass ‘robust’ relief plan