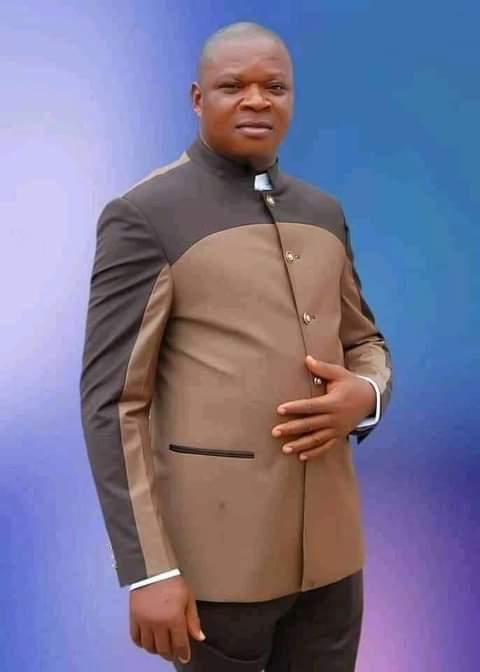 Former Ebonyi State Commissioner for Infrastructural Development for Concession, Mr Fidelis Kings Nweze who died on June 22, did not eventually resurrect from the dead.

It was a joyful moment yesterday for the people of Abakiliki, in Ebonyi State and the entire state when the news of the resurrected former Commissioner for Infrastructural Development and Concession, Mr Fidelis Nweze who reportedly died on June 22, in a ghastly auto crash became the reverse.

Videos were shared of a mammoth crowd that had gathered to celebrate the mystery, a show of resounding love, as many described him “God-sent” to mankind.

Reports of Nweze’s resurrection from the morgue of the Turkish hospital, Abuja, filtered to the state on Thursday, undoubtedly, left millions of people utterly bewildered, as different ideas crawled in their minds, ranging from “what God cannot do dies not exist, this can only be the work of God”, and many expressed heartfelt joy over the news.

However, in the wake of the raising euphoria, Governor David Umahi of Ebonyi State on Thursdy denied reports that his late Commissioner, Mr Fidelis Nweze who died on June 22, rose from the dead, a news that in no doubt stole their joy, instantly reminding them that the man who was loved by all had embarked on the journey of no return.

NAN reports that hundreds of people beleaguered his houses in Abakaliki and hometown, Onueke in Ezza South Local Government Area of the state, singing, dancing and making merry that God had raised him from the dead, as could be seen in the viral video.

Reacting, Umahi, in a statement signed by his Special Assistant on Media and Publicity, Mr Francis Nwaze, however, descibed the reports as ‘fake news’.

Umahi urged residents to stop spreading unverified news as it is inflicting more pains on those currently mourning.

According to him, there was no pictorial evidence or confirmation from the hospital.

“We have to accept the reality before us though the deceased’s death was difficult to swallow,” the statement added.

Recall the words of the Governor when he briefed Journalists in the State on painful demise of a treasured member of his cabinets, also making reference to the earlier death of another Commissioner, Uchechi Okah, about a month ago, whose death occurred during an illness.

He said: “He died on the morning of June 21 at the Turkish Hospital, Abuja.

“He was travelling to Enugu on Saturday, June 19, about 7 p.m. with his orderly and driver as his vehicle rammed into a stationery articulated vehicle around Obinagu area of the state.

“They were all conscious after the accident as his orderly and driver sustained slight injuries and were discharged from hospital,” he said.

Meanwhile, in his initial remarks, Governor Umahi paid glowing tribute to the departed Council members describing them as having played strategic roles in his administrationt, especially towards the realization of the Ebonyi ring road project.

He assured that his government would continue to extend all right and privileges due to all Council members to the deceased members throughout his tenure as Governor in the State.

“We have directed autopsy to carried out on him for the records.
“We have also directed his driver and Orderly to go to the Commissioner of Police and make formal statements.

” I was so angry when the CP called me that some people blocked Onueke road, demonstrating that Nweze was killed by somebody.

“I asked him whether he has made some arrests and he said yes.
” Those people that were arrested will not see the light of day for a very long time.

“Their action is an insult and unpardonable.
“Nweze is a humble born again Christian who do not indulge in any fetishism, and I have never been called to settle any quarrel between him and any body.

” If you don’t know juju, juju will not know you, and there is no power that can kill a child of God.

“Nweze and Uche, they are irreplaceable, and I am saying it with every sense of reality

.
” It is difficult to describe any of them.

“Nweze’s life is a lesson to all of us: as long as we live, to strive to live well; a great loyalty in a time of wickedness; a time that betrayal is the reward for good done unto people.

“And as God directed, all personal projects they have, whether in the village, in the town or both, we will take them over as government.

” We will make sure that before we bow out of office, we will have money in the Bank that each and everyone of their kids will attain University education with.
“And I will continue to treat each of them as if they are still members of the Exco; whatever Exco members get, they will continue to get until I leave office.

“It is too difficult to loose Nweze

” The gap created by Uche was difficult to fill; very difficult.

“Even the International Bank, the African Development Bank, it was a big shock to them, but our prayer to the good Lord is that we will not be left empty.”

Governor David Umahi, amidst agony, unhesitantly directed that autopsy be performed to ascertain the actual cause of death of his Commissioner for Infrastructure for Concession, Engr. Fidelis Nweze who died on Tuesday.

Still in his sorrowful mood, Governor declared Wednesday, June 23 a public holiday, while calling for a prayer and fasting section for the deceased and to salvage the state from such heartbreaking occurrences.

The prayer meeting was organised by the State government in conjunction with the State chapter of the Christian Association of Nigeria.

The Prayer event with the theme “God Protect Our State and Leaders” was flagged off at the Christian Ecumenical Centre, Abakaliki on Wednesday with Governor Umahi, members of his executive council, other appointees, public and Civil Servants in attendance.

In a brief exhortation, the Southeast CAN chairman, also CAN chairman, Ebonyi State, Rev. Fr. Abraham Nwali, described death as a truncator of human dreams.

Drawing inference from the Bible readings: 1Thesalonians 4:13-18 and Gospel according to St. John 14:1-16, Nwali referenced the good works and testimonies about Nweze, challenging Christians to always live in such a manner as to leave good legacies behind, adding that the World is not a permanent place of abode.

Prayers were offered for the repose of the souls of the deceased; for their families, the State and its government officials as well as for peace and security in the Southeast.

The prayer event was followed by a condolence visit to Nweze’s widow, Chinwe, and members of his family in their Abakaliki residence, led by the Governor and the CAN chairman.