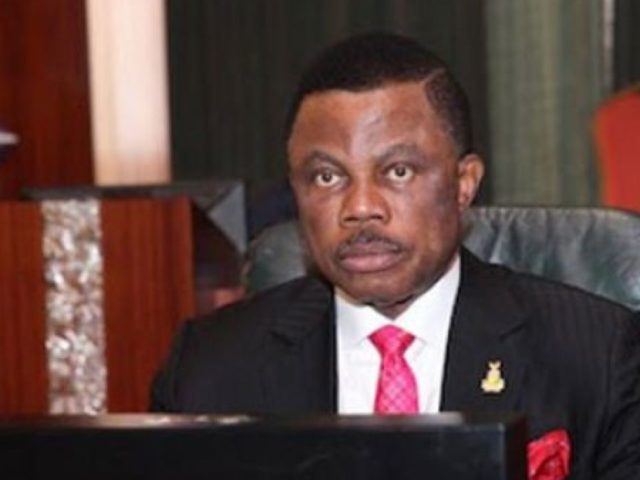 Governor Obiano of Anambra State has debunked viral statement, yesterday, accusing him of masterminding the re-arrest and repatriation of Mazi Nnamdi Kanu, the leader of Indigenous People of Biafra, IPOB, by the federal government is of Nigeria.

The embattled Governor, in a statement, made available to the Media through his Media Aide, James Eze stated blankly that he had no hand, whatsoever in the subsisting predicament, as suffered by the freedom fighter.

He said, “I have no hand in Nnamdi Kanu’s arrest”.

It would be recalled that a report which, on Thursday, gone viral, had fingered some Igbo personalities, hence, Obiano alongside Minister of Labour, Chris Ngige and Rivers state governor, Nyesom Wike as being the brains behind an alleged plot to capture Kanu, a perceived act geared towards protecting their political interest.

However, a on Friday, Obiano disclosed that he had no hand in any plot against Kanu, as he merely described the report as ‘false’, while enjoining the general public to discard the information, adding “because it is totally false without the tiniest grain of truth.”

Speaking further, he maintained that the President of a nation had no need for the assistance of any Governor of a state, whosoever to carry out whatever plans he has.

The statement read in part;
“Our attention has been drawn to a story in Saharareporters.com alleging that the Governor of Anambra State, His Excellency, Chief Willie Obiano was involved in the plot to kidnap and repatriate Mazi Nnamdi Kanu, the leader of the Indigenous Peoples of Biafra (IPOB) from Kenya to Nigeria.”

“The general public is enjoined to disregard that story because it is totally false without the tiniest grain of truth.”

“The governor of Anambra State had no hand in any plot against Mazi Nnamdi Kanu. It should be crystal clear to anyone that the Federal Government of Nigeria headed by Muhammadu Buhari as the President and Commander in Chief of the Nigerian Armed Forces, does not need the assistance of a governor who has no control over any security and intelligence architecture to do whatever it wants to do.”

“The report is, therefore, a deliberate act of mischief that should be ignored by the general public.”