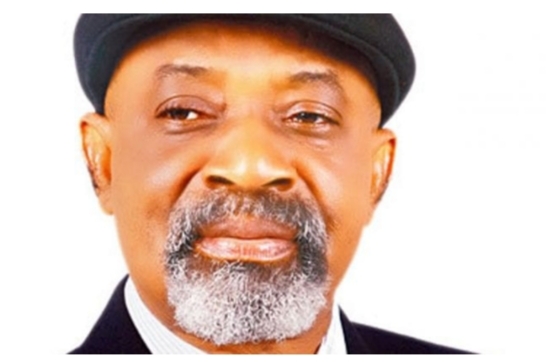 Senator Chris Ngige, the Nigeria’s Minister of Labour described the recent publication by the spokesperson of the Indigenous People of Biafra, Emma Powerful on the alleged involvement of the Minister in the arrest of Mazi Nnamdi Kanu as “Malicious, Wicked and Callous”.

Minister Ngige who denied vehemently being playing any role, whatsoever in the arrest of Kanu, the leader of the IPOB, reiterated that he was rather too engrossed in delivering his duties as the Labour and Employment Minister, as well as member of Federal Cabinet Committee for Economic Recovery and member of the Economic Sustainability Committee.

Famous Reporters recalls that IPOB in a recent statement signed by its Spokesperson, Emma Powerful, had fingered Ngige as being part of the ploy leading to the rearrest and repatriation of Kanu.

Also indicted in the said viral report as released by IPOB were Governnor Nyesom Wike of Rivers State; Gov. Willie Obiano of Anambra State, as well as Chief Emeka Offor.

The viral report read in part:

Our intelligence unit, the M. Branch discovered how Emeka Offor of Oraifte coordinated and financed the evil plot. We equally gathered that the Nigerian Government initially refused to commit the extraordinary rendition until Emeka Offor, Nyesom Wike, and Willie Obiano, agreed to bankroll the plot.”

However, in a statement issued on Saturday by his Media Office, Ngige described the secessionist group’s attempt to link him to the arrest as a deliberate malicious and wicked act.

The statement read in part:

“Ngige is occupied, involved and engrossed with his duties as the Labour and Employment Minister, member of Federal Cabinet Committee for Economic Recovery and member of the Economic Sustainability Committee constituted by President Muhammadu Buhari, which is headed by Vice President Yemi Osinbajo, with the mandate to tackle the challenges and fallouts of COVID-19 and post COVID-19 era.”

“It is, therefore, unthinkable that somebody with grey matter in his brain, except if he is hallucinating like the IPOB spokesman, could accuse a very busy Minister like Senator Ngige of being part of a ‘conspiracy’ for the arrest of Nnamdi Kanu,” the statement read in part”, it concluded.