US Congress struggles over stimulus deal amid new shutdown threat 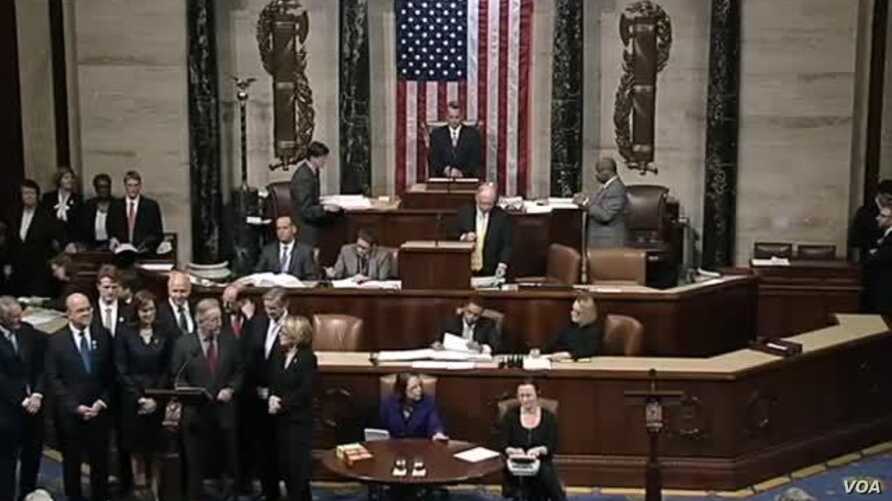 US lawmakers were hammering out final details Friday on a major coronavirus relief package and an attached federal funding bill but sticking points could push them past a midnight deadline, threatening a government shutdown amid swelling health and fiscal crises.

Republicans and Democrats braced for possibly working through the weekend to conclude a $900 billion deal aimed at providing emergency relief for millions of struggling families and businesses amid signs of a worsening economy and as the country sees record high death tolls from the coronavirus pandemic.

But with the holidays approaching, a midnight Friday deadline loomed. If an extension of government funding is needed it will take agreement from all 100 senators to do so, and that is far from guaranteed.

Senate Majority Leader Mitch McConnell said that the round-the-clock talks between congressional leaders “remain productive” and he anticipated a deal would be reached, but he acknowledged the timing was up in the air.

“I’m even more optimistic now than I was last night that a bipartisan bicameral framework for a major rescue package is very close at hand,” top Republican McConnell said in a floor speech.

“The Senate will be right here until an agreement is passed — whenever that may be.”

A relief package to aid struggling businesses and jobless workers is seen as critical to getting the world’s largest economy back on its feet amid a resurgence of Covid-19 infections, even as new vaccines offer hope that life can start returning to some semblance of normality.

‘Some sticking points’
Without an agreement, millions of unemployed workers will lose their special pandemic benefits before the end of the year, and an eviction moratorium is set to lapse within days.

But lawmakers are said to be clashing over the role of the US Federal Reserve in providing credit for businesses or other institutions, among other issues.

If such programs are restricted as some Republicans are seeking, the fiscal crisis could be compounded in US states, particularly if Congress fails to pass assistance to state and local governments.

Such targeted aid to states and localities is currently left out of the stimulus package, as is language on liability protections for corporations, several lawmakers have said.

But lawmakers have yet to see final language on the stimulus deal or the $1.4 trillion government funding package, and some warn that the pandemic relief plan and the spending bill it is being tied to need more time.

“There are still some sticking points that need to be worked out, so I think we may need a short term extension of government funding in order to make sure that both of the bills are done,” Senate Democrat Jeanne Shaheen told CNN on Friday.

The pandemic package is expected to include aid for vaccine distribution and logistics, extra jobless benefits of $300 per week, and a new round of $600 stimulus checks — half the amount provided in checks distributed last March.

VP Pence gets a jab as Moderna vaccine nears US approval

US political leaders line up for early Covid vaccines