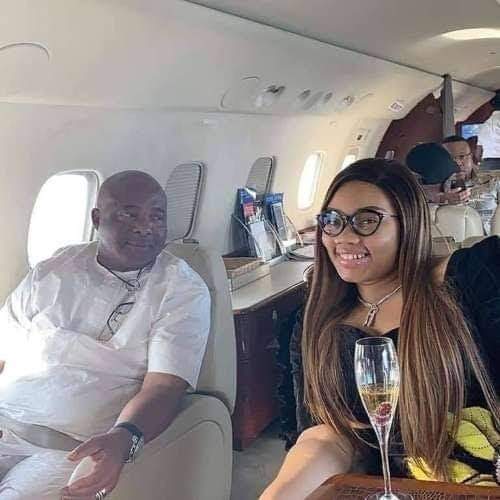 “Now you are cursed and banished from the ground, which has opened its mouth to receive your brother’s blood from your hand. When you cultivate the ground, it will no longer yield its produce to you. You will be a fugitive and vagabond on the earth” – Genesis 4:12.

Between the time he was brought to Imo State on January 15, 2020 and September 4, 2021, Chief Hope Uzodinma has left Imo 72 times. He has also returned to the State 72 times. And in all the cases, he has done so aboard chartered private jets. This means the Omuma-born Chief, without giving a hoot, doles out 20,000 USD, which is about N8.2 million, from public treasury to hire a private jet for a single trip . So, for the 144 times Chief Uzodinma has flown private jets in just 18 months, Imo State has lost a whopping N1.185 billion. This is preposterous!

That is not all. It is on record that Imo State under Uzodinma spends an average of N2.6 billion monthly as overheads. Travel expenditures, which some call estacode, gulp about 31% of this sum. In 18 months, therefore, N14.5 billion, representing 31% of the total overhead cost of N46.8 billion, has been blown through aimless, meaningless and fruitless tours to Abuja and around Nigeria. Always, these tours are purely for leisure and partisan political goals, with zero impact on the wellbeing of Imo people. Chineke bara ekwensu mba!

For an entity like Imo where salaries and pensions have remained unpaid for over one year, a state with a shrinking economic space which has seen more and more people plunged into abject poverty, Uzodinma’s penchant for luxury and unguarded lust for good life in faraway Abuja can never be rationalized. He is now an island of affluence in a sea of affliction.

What is now curious and very unfortunate is that, the man who is miserably poor in governance has now proven to be very rich in propaganda. The poor in governance are always rich in propaganda! Having lost focus and direction, if at all he had any, Uzodinma, through his band of paid propagandists and courtyard jesters, has resorted to pouring invectives on private citizens. The intention is to shout Imo people down and harangue everyone into silence. Failure is their portion!

They churn out all manner of disjointed essays. They say one thing at the break of dawn and say the opposite before the fall of dusk. They tell a lie and sustain it with more lies. Lately, they seem obsessed with the Rt. Hon. Emeka Ihedioha, an inimitable leader whose brief stewardship placed Imo on the path of sustainable growth. It was just on two occasions, compelled by overbearing exigencies, that Ihedioha reluctantly flew private jets for the 7 months of his glorious leadership. This is prudence and accountability, as against the squandermania that now reigns supreme in Imo.

Uzodinma is just 3 months away from his second year in office. What can Imo people remember him for? The incarcerations? The insecurity and killings? The brutalization of aged, protesting pensioners? The infrastructural dung pit? The educational pigsty? The unemployment miasma? What will Uzodinma’s two solid years be remembered for? Imo has regressed so badly and the regime is bent on stifling all the sectors by frittering away untold resources through completely aimless tours.

Just as his ascendancy to power is the second most tragic thing in history after the murder of Abel by Cain, is Uzodinma’s fruitless and wasteful fugitivity an acceptance of the fate of Cain, too? Only time will tell.