A chieftain of the People’s Democratic Party (PDP) and former Minister of Aviation, Chief Femi Fani-Kayode has made a strong case on the need for the Federal Government to support the signature projects of the Cross River State Government.

The projects include the 21 meters draft Bakassi Deep Seaport and a 275km superhighway which is to serve as the evacuation corridor for the seaport.

Speaking in Calabar after a tour of projects undertaken by the Governor Ben Ayade-led administration in the state, Fani-Kayode also urged the Federal Government “ to make a special allocation for Cross River State given the fact that so much development has taken place in the last few years” under the current administration. 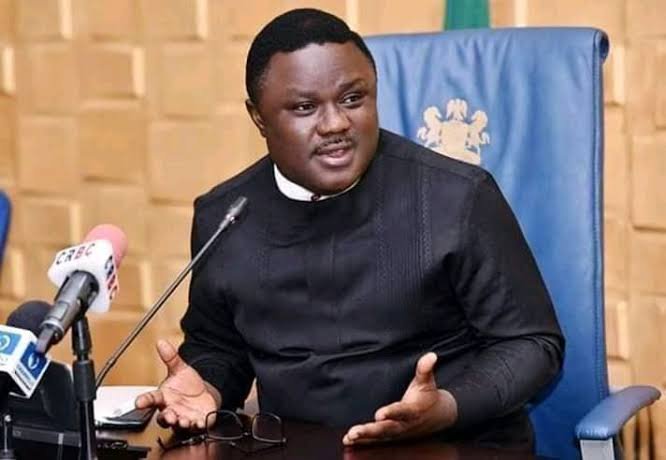 He described the superhighway project as essential and very progressive, stating that the project “will enhance Nigeria’s unity and promote the integration of Northern /Southern national infrastructure.”
READ MORE:  Anyim Vs Umahi: Founding Fathers Sue For Peace

According to him, “the Superhighway is an evacuation corridor from the Bakassi Deep Seaport which will open up the Atlantic ocean to the whole of Northern Nigeria. This will open up trade and and enhance national cohesion and integration.”

He lauded the governor for creating an industrial base for the state and projected that “Cross River State will be one of the most prosperous states in Nigeria whether oil money is available or not,” in the next five years.

“President Muhammadu Buhari may have seen what other people may have not see in Governor Ayade that has made him visit Cross River many times to flag off and Commission projects. He (the President) is always talking of Cross River State being the good example of what other states should be doing. And I share in President‘s view.

“There should be special consideration by the Federal Government to support the 275km superhighway and the Bakassi Deep Seaport projects of Cross River State Government under Ayade, because these are not projects for Cross River benefits alone. These are massive projects that the whole of Northern Nigeria will benefit more,” he emphasized.

Continuing, Fani-Kayode said: “No other state in Nigeria has envisioned such projects like Superhighway and there are very few states in Nigeria that are in a position to do such projects. The Deep Seaport project is a brilliant idea which is capital intensive.

“I will like to use this medium to call on the Federal Government to put in money into these projects and support them in the name of national unity, national security and national cohesion in other for other states to do similar things that will bring benefits to the whole of Nigeria.”

I Don’t Know What Godfatherism Is About, Says...