Why Personality like Gulak Left Imo Without Security Wike 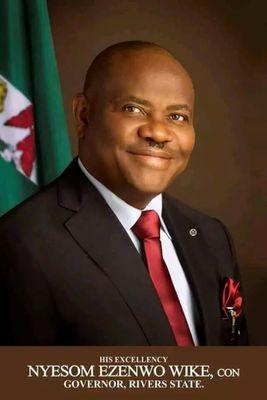 Governor Nyesom Wike of Rivers State has queried why a personality like Gulak would leave Imo without security detail, considering the rising insecurity in the south-east.

Governor Wike, stated this in an interview with Channels Television on Monday, and urged Uzodimma not to politicise Gulak’s death but allow security operatives conclude their investigation before attributing the murder to politicians.

This was in a swift reaction to an allegation by Governor Hope Uzodinma of Imo State, who had earlier in his remarks asserted that the murder of the former APC Chieftain was politically motivated.

Nyesom Wike, however, said it was rather too early to say the murder of Ahmed Gulak, a former aide of ex-President Goodluck Jonathan, is politically-motivated.

Recall that Mr. Gulak was murdered in Owerri, Imo capital, on Sunday while on his way to the airport, by yet unidentified gunmen.

READ MORE:  Nigerians in for another shock? ... As President Buhari braces their nerves

Meanwhile, the police accused members of the Indigenous People of Biafra (IPOB) of being the brain behind the murder of the former Chieftain of the All Progressives Congress, APC, as some of them have been reportedly killed.

However, Governor Hope Uzodimma of Imo State, while speaking at a media briefing on Monday, had asserted that the murder of Gulak “appears to be a clear case of political assassination”.

According to the Rivers Governor, the comments of his Imo colleague was a clear indication that the latter already knew the exact outcome of the police investigation.

“The point is very clear. We should not try to politicise everything. I think the governor of Imo state, my brother, Hope Uzodimma, should allow the security agencies to do their proper investigation,” Wike said.

“When things of this nature happen, allow the security agencies to really go into the matter.”

“Remember, even on the pages of the newspapers, when we heard this news, if I’m correct, the police said Ahmed Gulak was killed by bandits. Police said when he left, he left without security,” he said.

“I mean, one will ask questions, knowing today the security situation in Nigeria and even the one in the south-east and not to talk of in Imo state.

“We all know what is going on in Imo state. How could a man at that level come to Imo state incognito?”