WHY SENATOR ORJI UZOR KALU IS THE RIGHT MAN FOR THE WHEEL IN 2023. 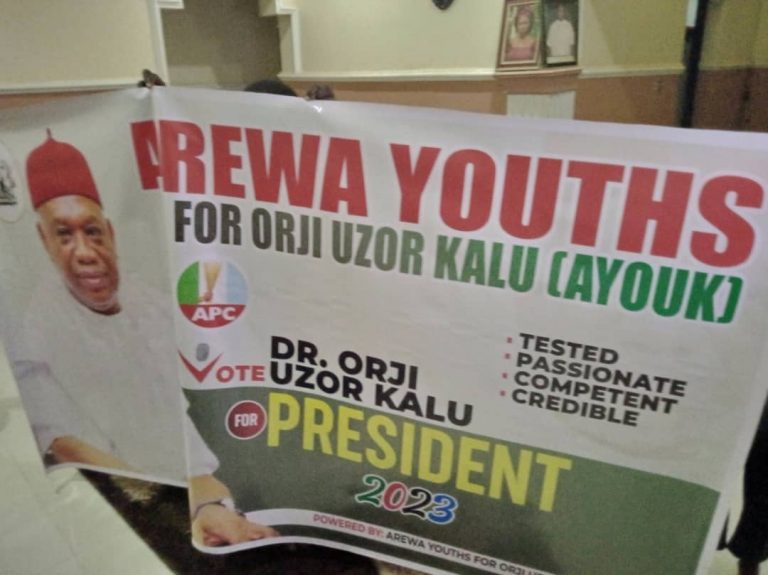 WHY SENATOR ORJI UZOR KALU IS THE RIGHT MAN FOR THE WHEEL IN 2023.

Senator Uzor Kalu’s quest for the Presidency in 2023 got a boost as a network of various groups comprising political pressure groups, youth groups, a network of professionals, students and women groups have merged to form the Arewa Grassroot Politicians Uzor Kalu Support Group (AGPUKSG) in the North.

The group said Senator Kalu who is the Chief Whip of the Senate has wide contact across the country to run for the 2023 presidency.

Alhaji Ten-Ten said having conducted a survey across the political landscape, AGPUKSG believes that Senator Kalu has the professional and business acumen required to consolidate on the gains so far recorded by Buhari Administration.

Alhaji Ten-Ten said what Nigeria requires at the moment is a leader, who knows Nigeria and its diverse cultures and people through interaction, trade and politics, adding that Senator Uzor Kalu is a PAN-Nigeria to the core, who can guarantee the rights of minorities and majorities alike.

“For us in the North, Senator Uzor Kalu is well known to us as a student leader, a philanthropist, a businessman and a politician to the core and when opportunities for the leadership of Nigeria present themselves in 2023 we have marshalled out our plans for mass mobilization towards his political aspiration especially when he declares his intention to vie for the presidency of Nigeria,” he said.

The Coordinator said as the Chief Whip of the Senate, Uzor Kalu is the highest-ranking South Easterner holding a political office in this dispensation and when the APC eventually zones its presidential ticket to the South East in the interest of equity and fair play, Senator Uzor Kalu should be given the Right of First Refusal.

“From the available record, Abia North Senatorial District, where Orji Uzor Kalu holds sway, is the only zone in the South East and the South-South that gave President Buhari 68% votes in 2019. He deserves recognition and support from us in the North East for this uncommon accomplishment.

“We have articulated plans to hold town hall meetings, public lectures in higher institutions, media appearances, production and airing of both radio and television jingles, community mobilization, small group discussions, advocacy to religious and community leaders, women group and youths to promote the candidacy of Senator Uzor Kalu when he eventually declares for the presidency.

“For us in the North, it’s a payback time considering the support Senator Kalu provided for the Buhari Presidency and what he did to our region in terms of support for the people especially the youths in sports and other social endeavours, business and other philanthropic gestures,” he said.

“We will also reach out to other organisations of like minds to ensure an expanded structure is formed across the country for the promotion of the Uzor Kalu candidacy,” Said Alhaji Ten-Ten