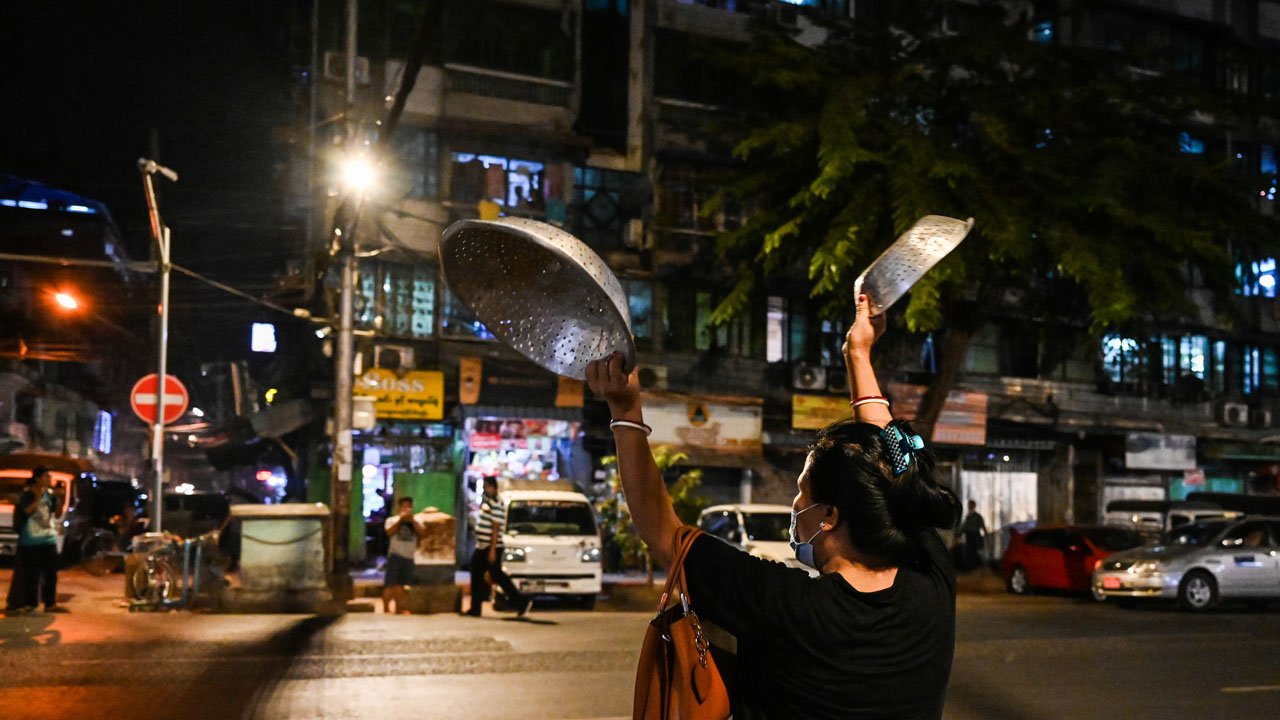 A woman clatters pans to make noise after calls for protest went out on social media in Yangon on February 3, 2021, as Myanmar’s ousted leader Aung San Suu Kyi was formally charged on Wednesday two days after she was detained in a military coup. (Photo by STR / AFP)

The world’s longest internet shutdown — affecting more than a million people for 19 months in one of Myanmar’s ethnic conflict zones — has come to an end, according to a mobile operator based in the region.

The internet in parts of Myanmar’s troubled northern states of Rakhine and Chin was suspended in June 2019 following “emergency” orders issued by the telecoms department under Aung San Suu Kyi’s civilian government.

“Telenor Group and Telenor Myanmar have been advocating for the restoration of services and emphasised that freedom of expression through access to telecoms services should be maintained for humanitarian purposes,” the company said in a statement.

On Wednesday, affected residents celebrated being reconnected to the wider world.

Khin Maung from Mrauk-U township in northern Rakhine said the internet connection was back, but slow.

“Now we got the internet back. So we know about the coup as well,” said Shouban in Maungdaw, who like many from the Rohingya ethnic group goes by one name.

The conflict in Rakhine state between the Myanmar military and the Arakan Army, a militant group agitating for more autonomy for ethnic Rakhine people, has left hundreds dead or injured.

Fighting spilled over into neighbouring Chin state, forcing thousands of ethnic Chin, who are predominantly Christian, out of their villages and into temporary camps.

The region has also been beset by what the United Nations has said could be genocide, after a brutal military crackdown by the government which sent about 740,000 Rohingya fleeing for neighbouring Bangladesh.

Rocket fire hits base in Iraq housing US...

Risk of dying is higher for ethnic minorities