You Are A Pacesetter and Jinx Breaker— Prof. Onyebuchi Lauds Rep. Onuigbo 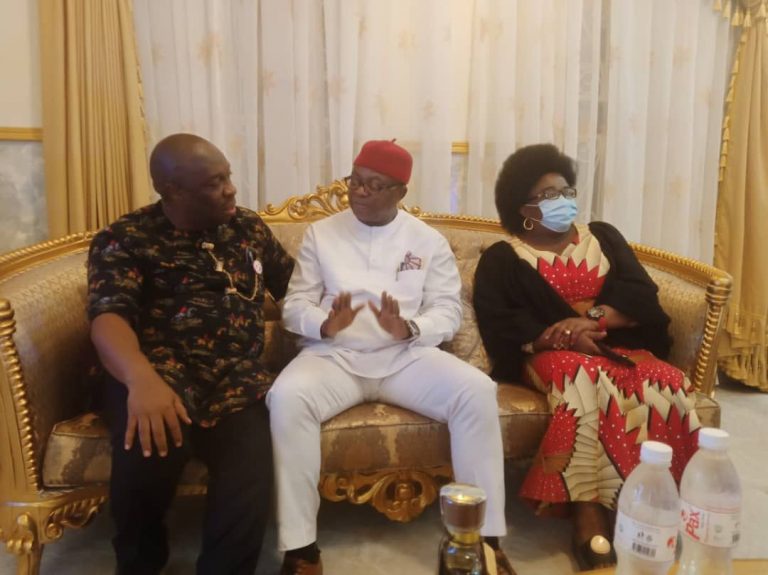 You Are A Pacesetter and Jinx Breaker— Prof. Onyebuchi Lauds Rep. Onuigbo

Professor Onyebuchi stated this on December 28, 2021, at his country home, when Rep. Onuigbo visited to celebrate and congratulate him and his family on his milestone life and career achievements.

Professor Onyebuchi who stated that his celebration would not have been complete without the visit of the federal lawmaker, thanked Onuigbo for coming, and encouraged him to continue with his unique and people-impacting style of representation.

Responding, Rep. Onuigbo expressed his joy and happiness in being part of Prof. Onyebuchi’s celebrations and stated that those achievements were earned and not bought. The lawmaker affirmed his commitment to always support Professor Onyebuchi and the Federal Medical Centre, Umuahia, however he can.