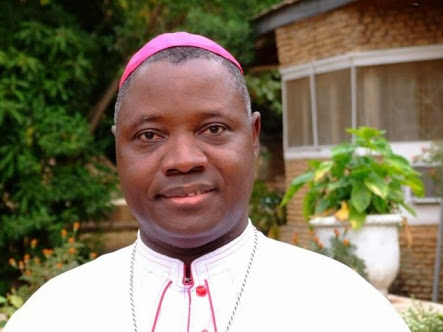 Archbishop Ignatius Kaigama, a famous Catholic Priest has said that God does not operate ina vacuum rather he uses leaders of a society to alleviate hardships suffered by the masses.

The emotion-ladden Archbishop accused President Buhari of not allowing his campaign promises conform to his actions since emergence.

This is following the recent hike in petrol and electricity tariffs which has been met with a sharp rebuff by Nigerians, as some well meaning citizens have without without fear or favour criticised the government President Mohammadu Buhari, condemning in totality the outright deviation from the latter’s campaign promises.

It would be recalled that that Petroleum Products Marketing Company (PPMC) had last Wednesday, announced an increase in Petrol price from N148 to N151.56

Consequently, two Catholic Archbishops who openly decried the unwarranted increase in fuel pump price, as well as electricity bill by the present administration, reminded President Buhari of his promises to make better the lots of citizenry.

Speaking at the maiden  General Assembly of the Catholic archdiocese of Abuja, the Archbishops regretted that the hike in petrol and electricity tariffs would drag more Nigerians into downright penury.

READ MORE:  YET RAPES ARE ON THE INCREASE
… Quite intriguing!!
By RN Egbulefu

The increment prompted oil marketers to raise the price saying petrol will now be sold between N158 and N162 per litre.

Reacting to the news, Archbishops Ignatius Kaigama and John Onaiyekan appealed earnestly with the President to reverse the increment as it would have adverse effect on Nigerians who are barely trying to survive after the harsh economic impact of COVID-19.

Kaigama said: “I can only beg on behalf of the poor and the needy that government should have mercy on us. We are at the grassroots and I meet people who are really poor and in need and with all these increases, it makes life more intolerable.

“As a priest, I can only pray that God will do something for the poor and the needy but God doesn’t operate in a vacuum; He uses our leaders, the president, the governors and local government chairmen. I know they can do something.”

“Let them just look at the poor and the needy with the eyes of mercy and strategise. There is a way out, they can be helped.

Former Archbishop Onaiyekan in the same vein claimed it was sad that the President would implement policies that contradicted his sweet promises of making lives easier for Nigerians.

Onaiyekan said: “Mr. President, in the same breath, was telling us he was going to do all he can to make life easier for Nigerians and one of the things he can do is those increases,” he said.

“The problem comes when you leave the people with nothing to eat. I don’t think the government is supposed to be doing that. They should find a way to make life liveable for Nigerians.”