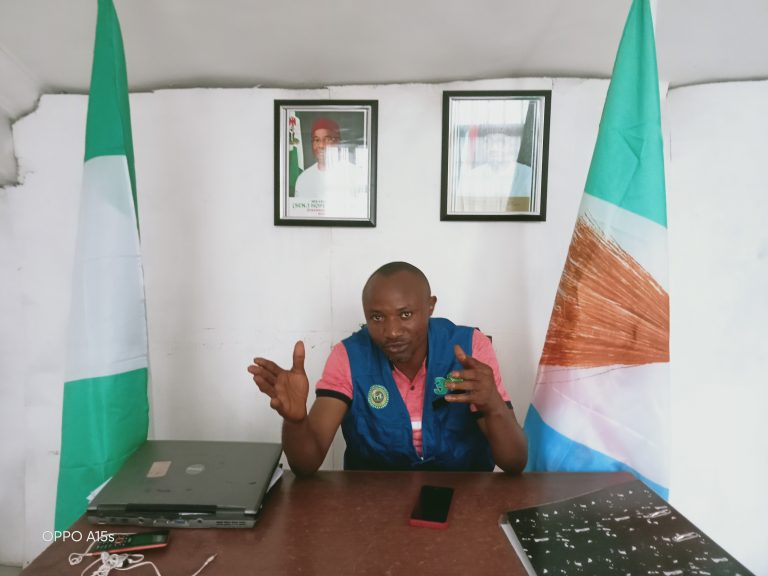 As the month of December crawls in, motorists have been enjoined to drive with uttermost care with strict adherence to traffic lights’ rules and regulations, in order to avert hazards that presumably accompany the Yuletide.

Obowo urged commercial drivers to refrain from indiscriminate parking of vehicles rather endeavour to park at the various designated spots so as not to attract the anger of the law, while insisting on a cordial relationship between commercial drivers and their passengers.

Meanwhile, Elder Ukawune applauded commercial drivers in the state whom he admitted had shown a commendable compliance to the government’s policy of Biometric capturing and membership verification of all drivers operating in the state.

The essence of the Biometric capturing, he reiterated was to ensure adequate security of lives both the driver and the passengers, adding that, “should there be any problem you can easily track the vehicle down. For instance, if a driver is kidnapped or whatever, what we need do is call the police and then give necessary information to the police. Like, look at so so number, then they can now give alert to other check points telling them that this particular vehicle has been missing, they should track them down that’s the essence of it.

“And with this new development, we have been able to capture some drivers that had such problems, when they call us we will now call the control room, control room will now give signal. And two vehicles have been recovered and the suspects have been arrested since we started.

Similarly, he explained that the mandate of uniformity among all commercial vehicles in the state  was in accordance with the Law No. 3, 2007, as he eulogized the Governor, Sen. Hope Uzodimma for implementing same.

According to him, the existence of a particular colour for every commercial vehicle would help militate against the extant crimes and criminalities as perpetrated by hoodlums, using government branded vehicles.

“Because, as you can see, there is a lot of one chance and kidnapping incidents and all sorts of things which are performed by hoodlums, using the small vehicles. So, that’s why his Excellency Sen. Hope Uzodimma has given the mandate, because it is in Law No. 3, 2007. The Law states that every commercial vehicle here must have one colour that is blue and white and red. That is what we are doing here to make sure every drivers would b part of it”, he maintained.

He, therefore, reminded that the Union had required of each motorist, a copy of letter of identification from either their traditional ruler or President-General of their individual communities, to facilitate capturing, as well as generating numbers from the system.

He used the medium to appeal to the masses to support the present administration of Uzodimma and pray for the release of God’s spirit, to enable him drive the affairs of the state, noting, “so let them support the administration of his Excellency Hope Uzodimma and  Members of House of Assembly. May the Lord be with them and guide them”, he prayed.