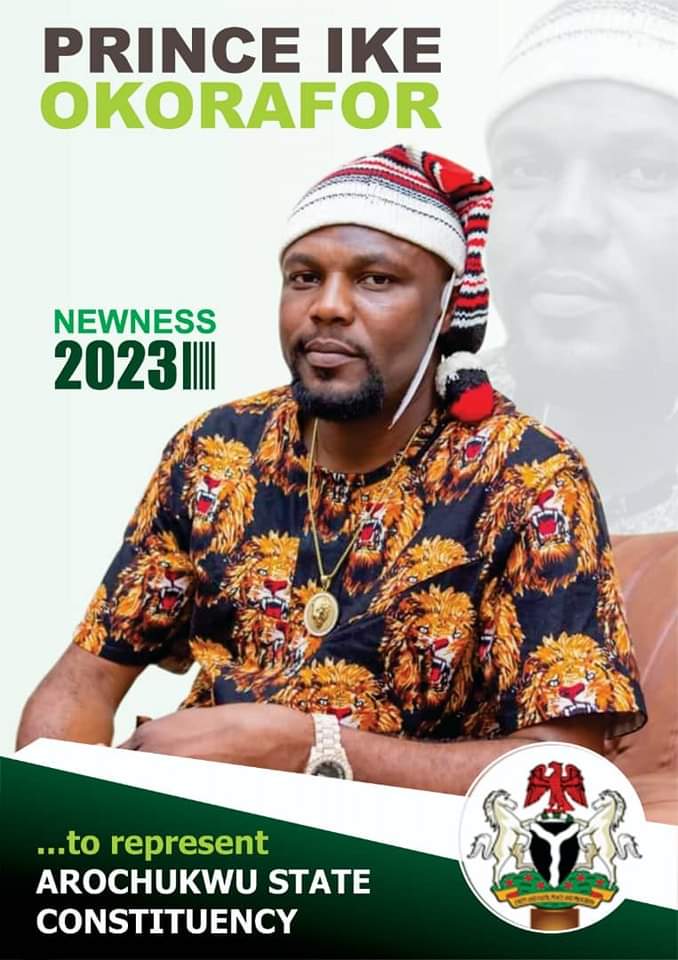 The Electoral Bill signed by the President is an indication that the era of electoral fraud has been reduced to less than 5% which will be difficult to get away with, says Prince Ike Okorafor, an illustrious son of Arochukwu LGA of Abia State.

“It means political manipulations and all forms of malpractice which has eaten deep into our electoral system do not play a part anymore in determining our Political leaders. For anyone to be elected henceforth, depends on credibility, popularity, character and marketability.

“Consequently, for any party to win, the political party should present someone who has the wherewithal to win the hearts of the electorates, because it’s not going to be business as usual.

“Politics is about relationships but how healthy do we play it?

O”people deserve better. It is their mandate and it must them first.
We have been deprived of so many Developmental projects and opportunities by sending incompetent men to represent us. This is the time to put to an end, the era of electing greedy and non-visionary leaders who are bent on amassing wealth to themselves with the resources meant for the development of their Constituency in all sectors of the economy.

“We need sustainable development and a better life.

“This is time for us to unite, stand firmly for the truth and liberate ourselves from the forces of underdevelopment. Our young people should know what they want. They need to be empowered to enable become self-reliant and independent for them to contribute positively to society, hence, reducing all forms of ill social vices that has rampaged society at large.

READ MORE:  How I Made It Possible For Nigerians To Switch Allegiance From Other Countries - Orji Kal

“It is time for us to move forward, think outside the box and break away from complicity in our problems that had defiled a solution.

“I use this period to sincerely express profound gratitude to God and as well appreciate the dogged efforts of our President, Muhammadu Buhari for restoring our democracy and bringing new life to the electoral system by signing the new amended electoral bill. This is a new era. Our people must prosper.

“I Prince Ike Okorafor, have a good plan for the Arochukwu State Constituency and together we can make it a reality. Our people deserve better and the time is now.