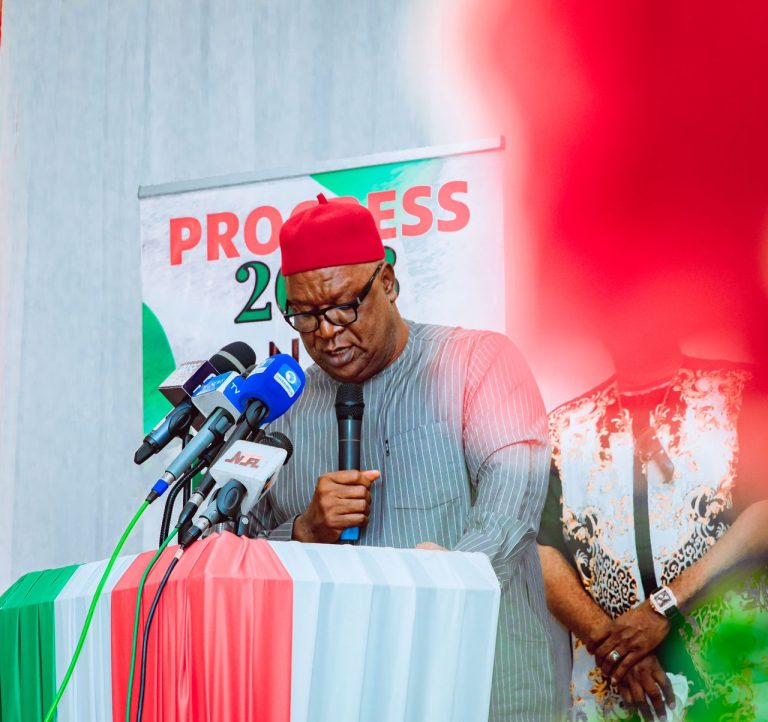 Ahead of presidential election, an aspirant, Anyim Pius Anyim, has restated his commitment to solving the nation’s debt and economic challenges by adopting several measures, if elected as President Muhammadu Buhari’s successor.

The former Secretary to the Government of Nigeria pledged to take critical decisions towards repositioning the country’s economy and creating massive employment opportunities.

Among the measures as outlined by Sen. Anyim include aggressive pursuit of industrialisation, manufacturing, talents and innovation, science and technology.

Anyim, a former senate president, said that by adopting the measures and assembling world-class cabinet members, his administration would succeed in rejigging the country’s economy to become self-sufficient and debt-free.

According to him, “for me, the drivers of the economy will now be on industrialisation and manufacturing, talents and innovation, science and technology.

“This certainly is going to be the key drivers of the economy of the second half of the 21st century and I will develop this, build on this and prepare Nigeria to fit into the fourth industrial revolution.

“That obviously will expand the economy; that will make the economy more competitive and more dynamic. I will also focus on the enablers of development. the factors, the circumstances and the situations that promote prosperity and development,” the presidential hopeful said this during a live interview on national TV on Monday.

READ MORE:  2023 Presidency : I Am Vast In Nigeria , Fit For The Task - Senator Orji Kalu Echoes

Furthermore, Anyim noted that while he understand the country’s debt burden among other economic challenges being faced by Nigeria, he was prepared for the job and would take no time in turning the nation’s economic fortune around.

“I understand that last year, the nation earned about N5.5trn as revenue and out the N5.5trn, N4.2trn went into debt servicing and debt repayment, leaving just N1.3trn to run the country. I also want to believe as a matter of rule that you are not allowed to borrow more than 40 per cent of your GDP and our borrowing rate now is at 36.9 per cent.

“I think that will make it more frightening for anybody coming in. But I can tell you that even at that, that does not scare me. The challenges are temporary and the challenges are that of leadership. If I am to focus on the economy as I did say before, I will focus the economy on the contemporary world direction- manufacturing, talent and innovation, science and technology.”

According to him, if you elevate talent and innovation, then all you need to do is simply create the infrastructure for innovation and support new startup business, then just concentrate on what will create jobs on its own.

“Support the younger ones in setting up their own businesses in such a manner that they don’t need to wait for government employment and once they create their own businesses, they will be in the position to employ others. The advantage of private sector employment is that it is, more efficient, it is more rewarding in terms of payment of salaries and it is more productive.

“So, I will focus on those things that will create an economic environment that will encourage talented Nigerians to deploy their talents and eventually focus on innovation that will fit into the fourth industrial revolution that is already here with us.